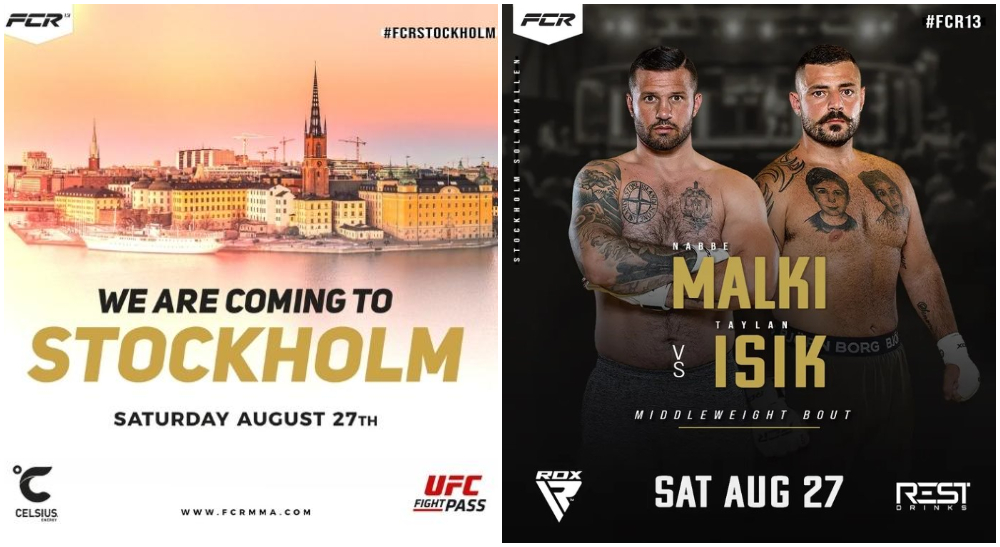 Nabbe Malki and Taylan Isik will clash at FCR 13. Photo via Instagram (@fcr.mm)

Middleweights Nabbe Malki and Taylan Isik will make their professional debuts as they clash in a anticipated rematch at FCR 13. Four years ago, the rivals fought as amateurs in a bout which Malki won by split decision. Now it’s finally time to see the fan favourites fight it out again.

The Fight Club Rush Stockholm event will have two titles on the line. In the main event, we will see a rematch between Jonny Touma and Zoran Milic, who fought at Fight Club Rush 9 in September last year. The exciting bout will be for the FCR flyweight title.

In the co-main event, Bernardo Sopai and Karlen Minasian will fight for the vacant bantamweight title.

The event also features a lightweight bout between Rahmads Stromanis and Mohammed Rouziq, as well as a rematch between Bilal Tipsaev and Glenn McVeigh. We will also see a featherweight clash between Djaba Murtazaliev and Raymond Johansson, who both make their professional debuts.

Check out all the announced fights below!

FCR 13 will take place in at Solnahallen in Stockholm on August 27 and will be broadcasted on UFC Fight Pass.