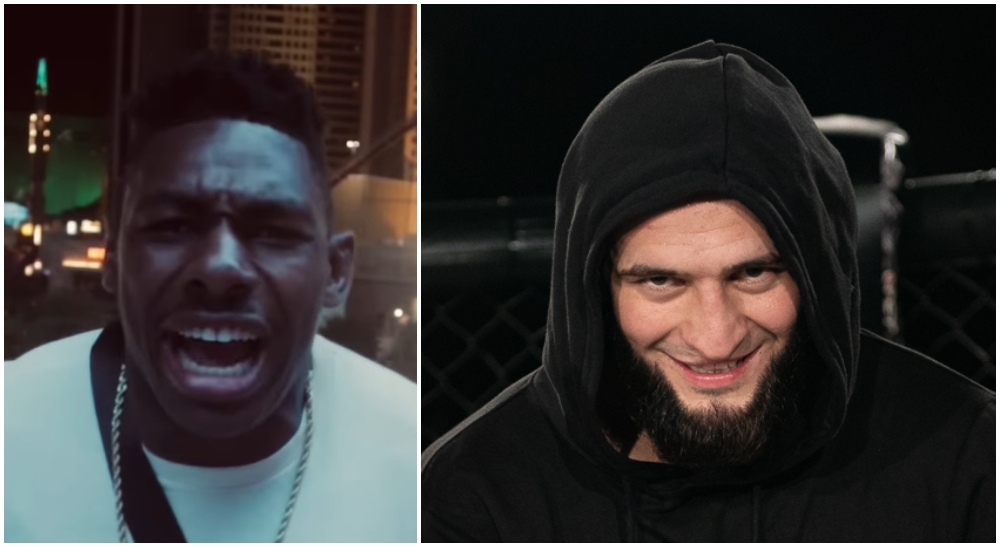 In a new hilarious call out video, a pumped up Joaquin Buckley can be seen screaming on top of his voice on a balcony in Las Vegas.

Because he can’t find No. 3 ranked welterweight star Khamzat Chimaev.

“I’m looking for Khamzat! Anybody know where he at? I can’t find him! Where’s that boy at? Don’t be hiding motherfucker. You’re not the only motherfucker that can wrestle,” Buckley yelled. “I’m telling you, December, I’m knocking your ass out. Don’t be scared.”

The 28-year-old American middleweight made his UFC debut back in August 2020 with a TKO-loss to Kevin Holland. However, in his next fight Joaquin Buckley went viral with a crazy jumping spinning back kick KO after his opponent Impa Kasangany caught one of his kicks.

The UFC tweet with the KO became the most-viewed, most-liked and most-retweeted in the company’s history. It also became the promotion’s most-watched Instagram video ever, and rapper Kanye West even used the spectacular finish to promote the release of a song.

All in all, Joaquin Buckley is 15-5 as a professional MMA fighter with 5-3 in the UFC. In his most recent outing, he lost via unanimous decision to Nassourdine Imavov at UFC Paris on September 3.

Read more: Anderson Silva on fighting Jake Paul: “You go to kill – you go to die”

The post Joaquin Buckley returns with a hilarious Khamzat call out! appeared first on Frontkick.online.